Are there Lubbock, Texas, junkyards near me that buy used cars? With Wrench-A-Part having a location in Lubbock, the answer is yes. You’d probably also like to know if we pay more for drivable, pre-owned vehicles than other salvage lots. The answer to that questions is often yes, as well.

If we need your used vehicle in stock, we’ll make you a competitive offer. To help you understand what comprises the offer, here’s what goes into evaluating a used automobile.

When it comes to age, we’re concerned about popularity and condition. There needs to be enough demand for the car for us to sell within a reasonably short timeframe — and good condition increases the chance of a sale. However, having an “old” used car isn’t necessarily a bad thing. For example, there’s a market for Trans Ams from the 1980s.

Miles driven is considered in relation to the expected lifespan of the vehicle. For example, based on mileage alone, a long-lasting Toyota Corolla at 90,000 miles can be worth more than a Hyundai Intrigue with 70,000 miles.

You could likely push the Corolla past 300,000 miles with some repairs and regular maintenance. The Intrigue? It isn’t a bad car, but your four-year-old probably won’t be driving it when she turns 16.

Texas’s dry, arid climate is great for preventing rust from rearing its ugly face on the body of cars. We routinely see pre-owned cars with great paint jobs. However, driving in Texas offers no assurance against dents, dings, and scratches.

We don’t perform body work, so we’re naturally interested in cars whose bodies look the way automakers made them. With that said, we don’t necessarily turn away vehicles because they have a few scrapes and bruises.

The cab condition of a junk car tends to matter less than the cab condition of a pre-owned auto. Most people buy body and engine parts from junkers, but a driver will sit behind the wheel of the used car you’re selling. The cabin will obviously have some wear; it’s used. As long as it isn’t ripped or burned, and doesn’t smell of something that turns noses, you should be in good shape.

Just as we examine the condition of parts in junk cars to assess value, we inspect components in new vehicles. We’re looking for used vehicles that are mechanically sound. If your vehicle needs lots of fixes to be a dependable mode of transportation — improvements that would cost more than the car is worth — you may have an easier time selling it as a junker.

Are there Lubbock, Texas, junkyards near me that buy used vehicles? The answer is yes, and Wrench-A-Part is one of your best options. Before you sell your used car to an auto dealership, let us see if we can make you an offer. Because we have fairly low overhead and don’t push the price markup to the max, we often make better offers than dealerships.

If you have a used car to sell, call our sister company, Phoenix Auto Group, today at (254) 231-0816. You can also use the contact form. We’d love to see your car and make you a great offer if we need it in stock! 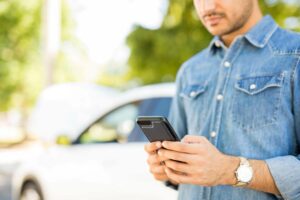